My family has gone on more walks lately than I can recall in any springtime past. We’re blessed to live in an area with multiple locations for scenic hikes, so we’ve taken much advantage of one of the few things still allowed during shelter-in-place: outdoor exercise. This is one thing I hope doesn’t change when all this passes over.

Along our walks, we’ve seen many beautiful and interesting things. But I will say there is one thing we’ve seen that seems especially unusual. Empty playgrounds.

While the sight of a slide and some swings usually elicits a gasp of excitement from my children, there is a strange stillness when we pass by equipment once adorned with laughing children. It’s somber, almost. Haunting.

I know my kids are eager for things to go back to normal when it comes to playgrounds. And many others are yearning for business-as-usual in other areas as well. Family gatherings. Visits with friends. Work. School. Shopping. Entertainment. Sports.

As much as I long for some normalcy, there are some things I hope never return to the way they were before the lock-down. I hope my family continues to treasure our precious time together. I hope we still enjoy long walks outdoors. And I hope we remain in this state of prioritizing the valuable over the urgent.

On a more serious level, there are other things I hope never go back to business-as-usual. Prior to this season of quarantine, the practice of human trafficking was flourishing on soil across the globe. This $150 billion per year, 40 million victim industry prospered without hindrance on every continent.

Only time will tell how much this shut-down has slowed the progress of this horrific evil. We may never know how many abductions have been prevented with children and youth required to remain safely inside. And with the sports industry on halt, the trafficking-driven after-sporting events are left without the hundreds of thousands they once magnetized.

My prayer is that this current crisis will come as an urgent wake-up call to those who have funded this industry with selfish appetites, and that they would turn from their victimizing ways. My hope is that those who have been victimized will find their way to lasting freedom, and that those who are laboring behind the scenes to bring such freedom will prosper in the cause of justice. And my desire is that the horrific practice of modern slavery will not continue business-as-usual. 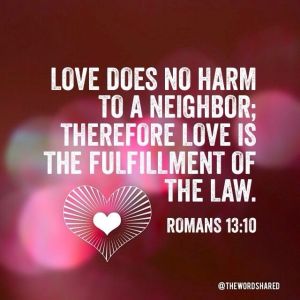 Do you know how loved you are? You were specially created for this time in history, to do great things in your generation. You were uniquely designed to love and to be loved with supernatural, self-sacrificing, unfailing love.

Right now, there is a grave deception battling to turn you away from true love to a counterfeit replica. This imposter tells you that you lack value and worth so much that you deserve to be horribly abused and robbed of your very identity to gain any sense of intimacy. Please, hear this ancient truth: love will never bring you harm. Love is SAFE.

You do not need to be chained and beaten by a sadistic monster to gain true affection. Love does not manipulate you with fairytales of diamonds and penthouses and helicopters. Love does not seduce you with lies only to leave you tortured, broken, and alone. Love ALWAYS PROTECTS.

If you find yourself in a dangerous situation, you CAN walk away. Get out as fast as you can. The chains that bind CAN be broken. It’s better to walk alone than to be bound to a lie that will destroy you in the end.

“Me too.” These words have sparked a revolution. What was hidden in darkness, now brought to light by one phrase. A silent, hidden fire burning to surface. Things that should never have happened…DID. This world is not as it should be, and women have been assaulted, harassed, and victimized as a result.

It’s unfortunate to think I wouldn’t be surprised if “me too” appeared as every woman’s social media status across the globe. And I wonder what would happen if women throughout history were given the chance to lend their voice.

I’m reminded of a woman who, centuries ago, would have great reason to join in the “me too” campaign. She was ostracized by society not only for her gender and race, but also for her reputation. The supposedly upright of society shamed her to the point she ran errands at odd hours of the day just to avoid the crowds. Although, men with depraved appetites would gladly seek her out. She was used to it.

Until she met a man who was different.

He wasn’t interested in what she could offer in the way of physical pleasure. Instead, he was interested in offering her something of greater value. Something that would satiate her deepest thirst. You see, she was so used to being treated as an object of men’s gratification that she’d started to believe it to be true. As she sought pleasure in being the source of others’ pleasure, she suppressed her truest self, her greatest needs, her noblest of desires. In essence, she’d buried herself alive.

But Jesus spoke to her with respect. He treated her as the valuable treasure that she was. He listened beyond her words, into her heart. And he knew her in the way she was meant to be known. And as a result, he sparked a revolution that changed her life and that of her community.

That was his way. Not just with her, but with all the women he encountered. They were treated with dignity and honor in ways no man of that day, or of history beyond, had done.

That’s what I love about Jesus, and why I choose to follow him. I’m thankful that he’s set me free from all the false notions of womanhood set forth by society. I’m grateful to know my purpose is so much more than many men of today would say of women. I am not an object. I am a treasured creation of a loving God, who prepared in advance good works for me to fulfill.

In a culture of hate, the temptation is to harden our hearts,

but love is the only thing that can overcome evil.

Source: 50 Shades of Love (the Sequel)

The truest of loves involves self-sacrifice, not self-gratification.

We may not be able to solve all the world’s problems, but we all have something to give. We have talents, skills, and resources to contribute to the cause. We all have a voice, no matter how quiet, no matter how frail. The weak are made strong in the hands of a mighty God. 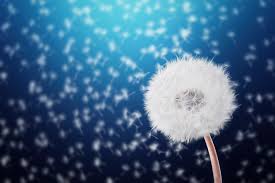 We see the need, we feel compelled. We hear the statistics, we feel overwhelmed. What can one average person do?

That’s how I feel when I listen to news about human trafficking and other injustices in our world. Powerless. Voiceless. Insignificant.

There has to be enough professionals out there to answer the cry of our ailing world. Certainly there are people far more talented. And the rich have infinite resources.

Yet with all the professional, talented, rich people in the world, there is still no end to suffering. Either those with such great resources are not answering the call, or skill and wealth aren’t enough to solve our problems. Or both.

One day Jesus was preaching and people were hungry. Thousands of them. No one in the crowd felt they could meet the need. But a little boy contributed five loaves and two fish, and Jesus multiplied it to feed the multitudes.

I imagine that boy felt powerless, voiceless, and insignificant for much of his life. He thought he was just…average. And yet, his small sacrifice multiplied to make a miraculous difference.

We may not be able to solve all the world’s problems, but we all have something to give. We have talents, skills, and resources to contribute to the cause. We all have a voice, no matter how quiet, no matter how frail. The weak are made strong in the hands of a mighty God.

This Life & Beyond
Blog at WordPress.com.