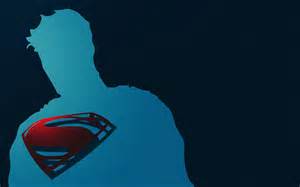 Confession. I’m an 80’s child, and I watched Footloose. The original version. More than once. And just tonight it hit me how ironic it is that they would play “Holding Out for a Hero” as the background song for a chicken race with tractors. Note that the “hero” in question wins only because his shoelace is stuck around the gas pedal. And he nearly kills his opponent in the process. Nevertheless, Wren’s crush eventually sees this victory as proof that he is the hero she’s been waiting for all along. Who needs a knight in shining armor when you can get the guy who risks his life for chicken race glory?

True love is heroic. It will sacrifice its very life for the sake of others. As for the guy in the movie, his motives were pretty self-serving. Get the friends, get the girl, get the glory. He tried to overcome peer pressure by succumbing it, which is really pretty wimpy. And it almost cost his life and that of his opponent. Not too heroic.

And since we’re on the theme 50 Shades of Love this month, let me just say this: Christian Grey is a wimp. There, I said it. No, I haven’t read the book or seen the movie, but I don’t live in a cave. I’ve heard the buzz. And I can’t figure out why women are swooning over a guy who would be so un-heroic as to brutally beat a girl while attempting to buy her love in return. The guy’s backstory is no excuse—it’s just there to give the reader some sympathy for a guy who’s truly a villain. No hero would torture his beloved, no matter how tortured his past.

So let me present the truest of true heroes. His name is Jesus, and He gave everything to show his love to the world. He once intervened on behalf of an adulterous woman whom the town was set to execute—rescuing her life and setting her free. His self-proclaimed mission in life was to bring good news to the poor, free prisoners, heal the blind, and empower the oppressed. Though he was innocent of wrongdoing, he suffered and died to win our hearts. Now THAT’S what I call heroic. And THAT’S what I call true love.