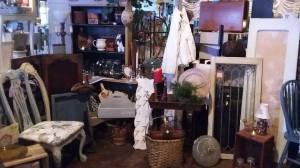 My cousin has an amazing gift. She’s an artist who takes things the average person would view as worthless and turns it into something beautiful. When she talks about purchasing old furniture, scraps, and other “junk,” she gets excited. Her mind is filled with ideas of how she can repurpose these items, making them valuable again.

In her skillful hands, an old window frame becomes a unique display for cherished family photos. Pieces of scrap metal become eye-catching wall decor. She recently turned an old, broken-down piano into a desk and the spare parts into works of art.

Her work reminds me of another artist I know. This masterpiece-maker formed the galaxies and all the wonders of earth in their beauty and intricacy, and yet his greatest endeavor involves repurposing broken-down lives. 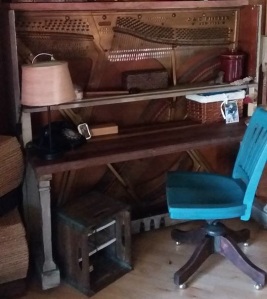 The Bible is filled with stories of people whose lives were messed up beyond repair, yet God intervened, taking their ashes and turning them into something beautiful. Sara was barren, yet she became a great matriarch. Ruth was a widow who became ancestor to the greatest of kings. Esther was an orphan turned queen who saved a nation from destruction. Mary Magdalene was a prostitute who became a humble, respected servant.

As I’ve served God through the years, I’ve seen drug addicts healed, now changing their communities for good. I’ve seen gang members become warriors for peace instead of evil. Marriages on the brink of divorce, restored. Fatherless children adopted into loving families. People in the throes of depression and despair, filled with hope. All in the hands of a loving God.

Nothing is useless, and nothing is wasted. In the hands of a master craftsman, even what most would view as junk can be turned into a priceless treasure. A skilled artist can transform the most useless items into something of matchless worth. And that’s what our loving God is able to do with the most hopeless pieces of our lives.

Knowing this is true, we have more than enough reason to live.

“The Spirit of the Sovereign LORD is on me, because the LORD has anointed me to proclaim good news to the poor…to bestow on them a crown of beauty instead of ashes, the oil of joy instead of mourning, and a garment of praise instead of a spirit of despair.” (Isaiah 61:1,3)